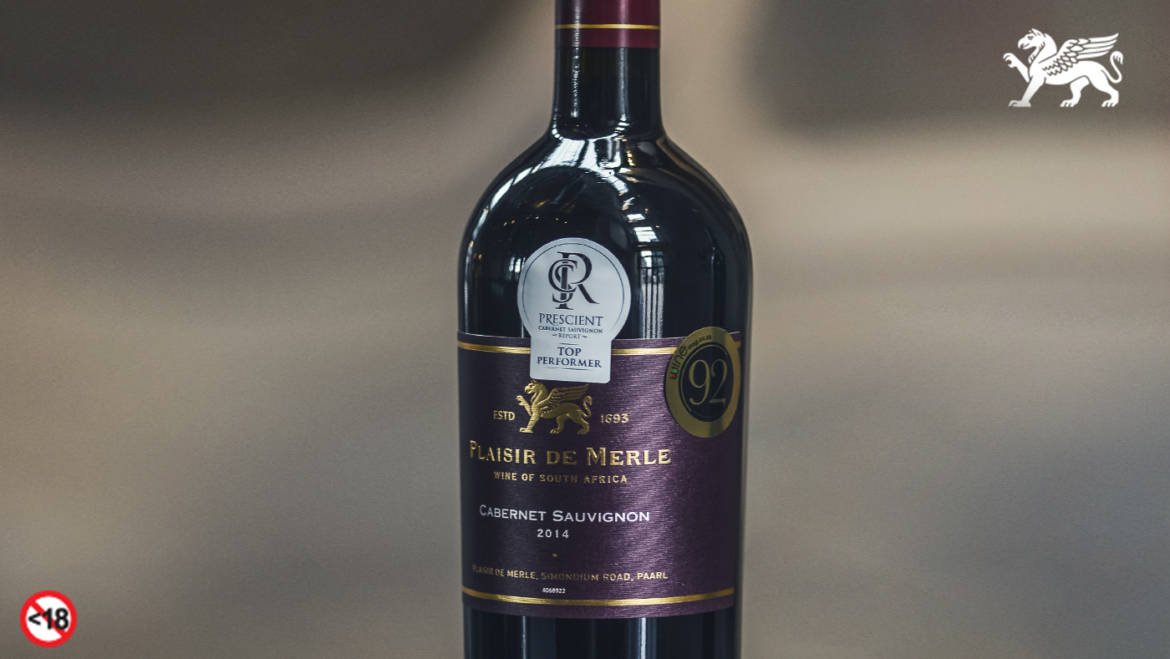 The 2014 Plaisir de Merle Cabernet Sauvignon has received a score of 92 out of a 100 from the Prescient Cabernet Sauvignon Report. Now in its seventh year, the competition received 89 entries from 74 producers and scored according to the 100-point quality scale.
Plaisir de Merle winemaker, Niel Bester, says this recognition underpins the essence of the wines crafted at the historic wine farm.

“Our Cabernet Sauvignon is a true reflection of the diverse terroir where the vineyards are situated on the slopes of the Simonsberg Mountain. The wine is complex and dark with rich fruit and soft tannins made to last. The wine will reach it’s optimum if cellared for a further 10 years, resulting in a wine that will develop further complexity with the potential to uplift not only the investment value of the wine but also the ultimate enjoyment.”

This particular Cabernet Sauvignon was sourced from vineyards situated on south-eastern slopes of the Simonsberg Mountain between 12 and 23 years old and planted in weathered, decomposed granite soils where the high mountain peaks shade the vineyards from the warm afternoon sun.

The grapes were hand-picked and after fermentation spent up to nine days on the skin to extract maximum colour, fruit and complexity. The wine was matured in a combination of new and older French oak barrels for 12 to 16 months.