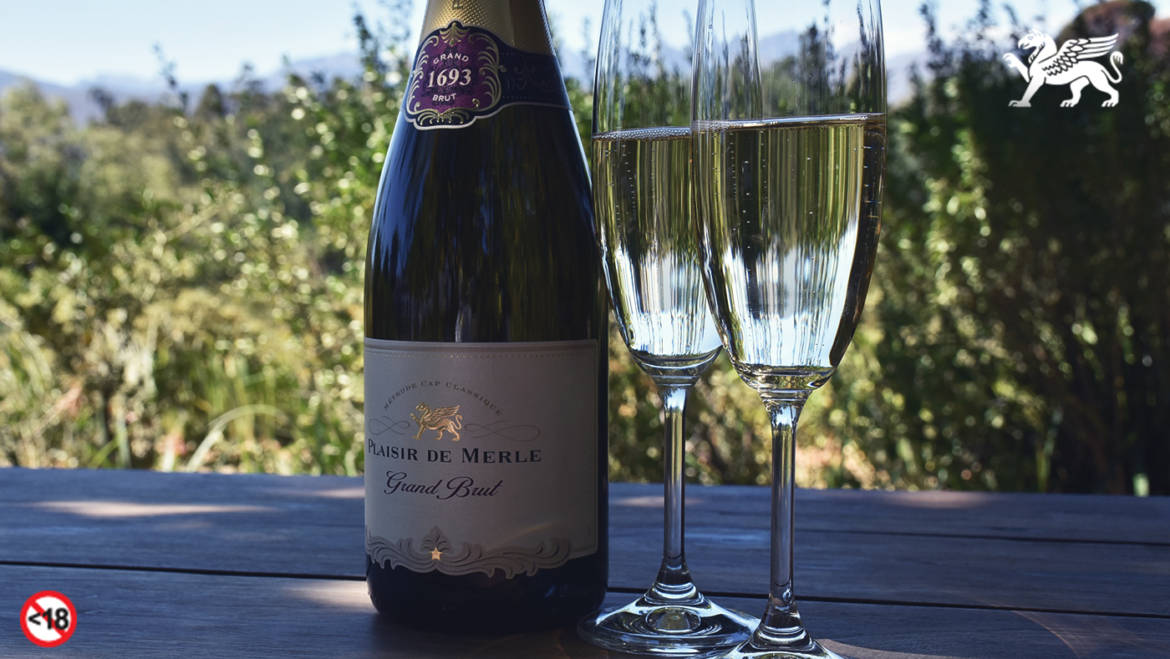 Elegant and classic, the 2014 Plaisir de Merle Brut is a beautiful addition to any dinner party. And with its recent Wine and Spirits Competition gold outstanding and Bottle Fermented Sparkling Wine Trophy, this South African Méthode Cap Classique will add a bit of dazzle.

The 2014 is the fifth vintage of Plaisir de Merle MCC and is a blend of 65% Pinot Noir and 35% Chardonnay. The Chardonnay grapes were selected from a single 17-year-old vineyard on the farm situated 325m above sea-level on a south-eastern slope of the Simonsberg Mountain. Due to the Pinot Noir vines on the farm being too young, the grapes were sourced from two different 14-year-old trellised vineyards in Stellenbosch – one on the north-eastern slopes of the Helderberg and the other on the southern slopes of the Stellenbosch Mountains.

A classic made in the French tradition of secondary bottle fermentation the wine was left on the leese for approximately 20 months delivering the delicate yeasty notes on the nose. The foamy mouth-feel enlivens with crisp green apple freshness and a lingering mature finish. Enjoy it now chilled with oysters, scallops and seafood platters or leave to mature for a further five to seven years.